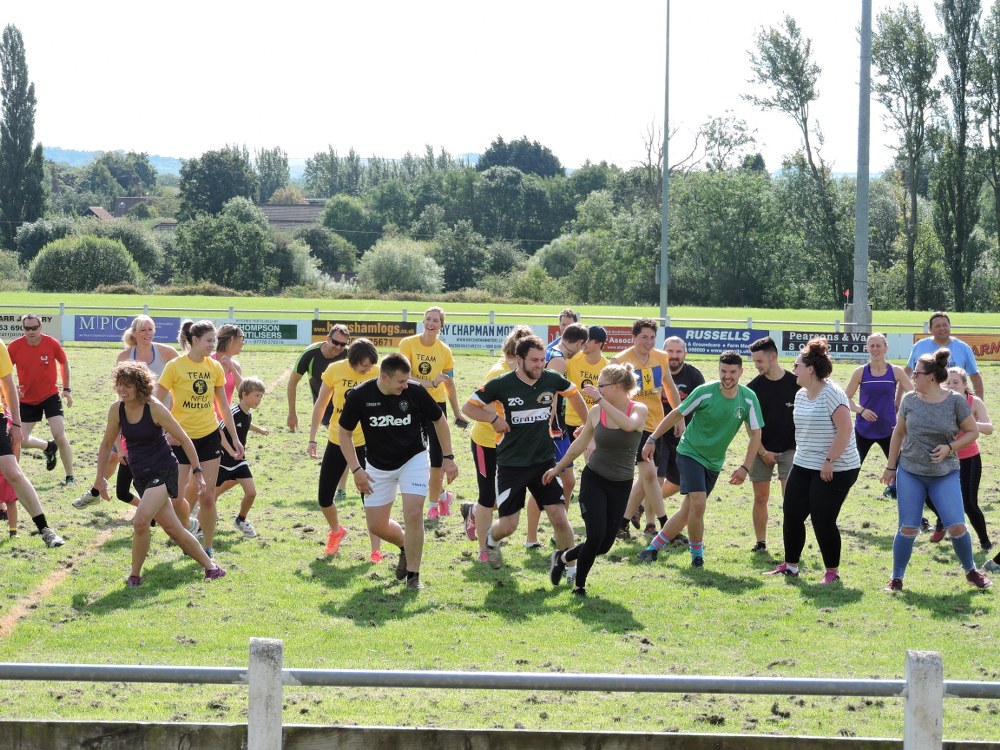 Seventy people enjoyed the ‘Stevo Stumble’ on Sunday 27th August. After a vigorous warm up, led by Sue Robson, the Slimming World Leader from Pickering, who knew Rob as a toddler when she shared lifts to Mrs Howden’s Nursery in Malton with her daughter.  The group consisted of a selection of the lycra clad fitness crew, to the people looking for a Sunday stroll with baby in a buggy. The choice was either a 5km run/walk from the rugby pitch and down to the river bank before returning via Old Malton and the back fields. The more enthusiastic and fit went for a second lap so 10km in total. The winners finished in less than an hour. Good fun was had by all and the ducking stool went down well, as did the Stevo games at the end, including raw egg throwing and the 2p run. On this gloriously sunny and hot day the Trust raised £1350. Thanks to all those who took part and especially to all the helpers, marshals and main organisers Chris and Sally Wilson, and Rob Hicks.