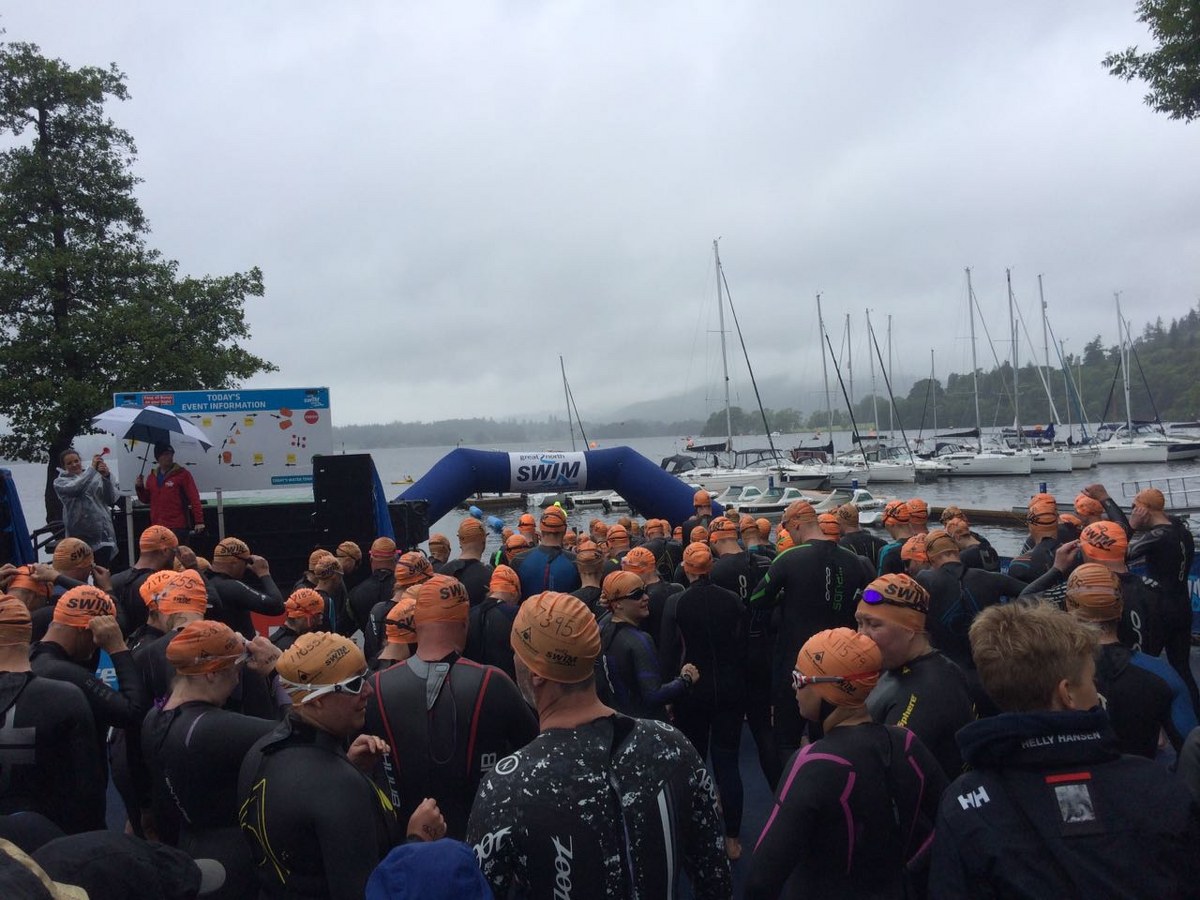 As it was a choppy day the swimmers found it hard despite having trained for the past few months. Patrick was devastated that his son Sam beat him by some margin. But at twice his age, and some, I think he was a little over optimistic.

Last time the majority of this gang had swam together had been in the ‘Ullswater Challenge’ with rally teams swimming from one end to the other,  raising funds for the rugby club.

Whatever time they had recorded all the swimmers and spectators thoroughly enjoyed the day, which was rounded off in true fashion with a pint in The Albert pub.